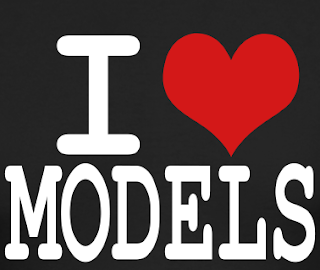 
If I were an insurance agent, I would not insure models for anything. Not life insurance, not personal liability insurance, and definitely not auto insurance. From my own personal experience models have car problems 50% of the time. 50%! That's a coin toss! I'd just ride my bike everywhere if I knew my chances of breakdown, accident, flat tire, etc. were 50%! They must spend a lot of money on auto repair, AAA, insurance (if anyone is willing to even insure them), GPS systems (though these usually don't work for models), hospital bills (personal injury), etc. And from what've heard, their cars get broken into all the time, and you know what the thieves steal? Clothes! It's always another model or a cross-dressing transvestite with good taste that's breaking into models' cars. Nothing else gets stolen. Just the clothes. What are the odds of that?!? Amazing!
Speaking of personal injury, models go to the hospital a LOT. Models sometimes get punched in the face (during fistfights of course), fall down stairs, they get kidney damage, break limbs, and lots of surgeries.

And this is on top of being sick all the time. I'd call them hypochondriacs but they tell me they really do get sick! They are 10x as likely to catch the flu, stomach bug, colds, have an adverse allergic reaction, etc. Of course none of these illnesses are alcohol-related. I mean, I've never heard about models getting drunk, getting hangovers, or even partying so they must be real home-bodies...

Oh, and if you're a relative of a model, you're shit-out-of-luck because you're probably going to die soon. Relatives of models are extremely prone to suddenly falling ill so models regularly visit their loved ones in the hospital. These people are typically next-of-kin (or boyfriends), so the closer you are to a model, the more likely you're about to eat shit. I suggest all friends and families of models to take out life insurance because it'll come in handy soon.

And if you're a boyfriend of a model, you're either going to die or you're going to jail. Models' boyfriends are 100x more likely to spend time behind bars than any other normal human being. If law enforcement could just tap the databases of modeling agencies, they'd probably find 90% of all the outstanding criminals they haven't caught. Unfortunately for the police, this is only known to those who work inside the fashion industry! So don't tell anybody!

How do I know all these things? I know them firsthand straight from the horse's mouth! The models tell me themselves so it must be true. I mean, they have no reason to lie to me, right?

*as read on a fellow photographers blog: see: cinco photography
Posted by Lee Folkard at 10:58 AM 1 comment:

Annie Leibovitz: Life Through a Lens 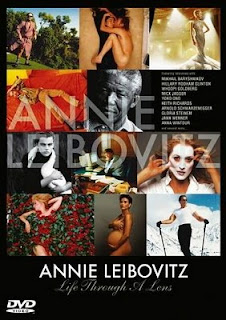 In her portraits for Rolling Stone and Vanity Fair, Annie Leibovitz has photographed a generation (and more) of rock stars, politicians, and supermodels.

Annie Leibovitz: Life Through a Lens, a documentary created by Leibovitz's sister Barbara, suggests that she might be somewhat overqualified for the job.
Not that Leibovitz reflects too much on the business of photographing movie stars for a living.
Her nomadic life suits her just fine, and might have come from a childhood spent as an Army brat, moving around the world every few years.
Home movies give some of the flavor of Leibovitz's youth, and her arrival in San Francisco just as the Sixties counterculture (and Rolling Stone magazine) were getting underway is covered with old footage and new interviews with colleagues, including publisher Jann Wenner.
It was a wild time (Wenner speaks of sending Leibovitz on tour with the Rolling Stones as though he were responsible for selling her into slavery), and it took its toll; the movie doesn't go into great detail, but a substance abuse problem and subsequent rehab is acknowledged and quickly forgotten.
Mick Jagger and Keith Richards remember her warmly, in any case.
Leibovitz's personal life is in the shadows, except for her relationship with writer Susan Sontag.

The rest is a series of testimonials from admiring subjects (Arnold Schwarzenegger, Mikhail Baryshnikov, Whoopi Goldberg) and some on-location stuff for Vanity Fair, including a shoot with George Clooney and Julia Roberts.

Her working methods show someone with very specific ideas about what she wants, and a disarmingly blunt way of getting them.
Perhaps the most memorable section of this American Masters program is the account of Leibovitz's photographs of John Lennon and Yoko Ono, including a celebrated Rolling Stone cover of a naked Lennon embracing his wife, taken a few hours before Lennon's murder.

That kind of work proves that in Leibovitz's world of portraiture, intimacy is everything.

Try to make an effort to see it!
Posted by Lee Folkard at 9:00 AM No comments:

I stumbled upon this a few weeks back and it made me smile.

"I drifted into photography like one drifts into prostitution.
First I did it to please myself, then I did it to please my friends, and eventually I did it for the money.
The only real voyage of discovery consists not in seeking new landscapes, but in having new eyes."
Anonymous Photographer*
Posted by Lee Folkard at 3:21 PM 1 comment:

As photographers, we must view our profession as an art. It’s not just a way to make a few bucks. Otherwise, we’re only taking snapshots and someone is hiring us for the equipment we own, not for our artistic vision and creativity.

Think of it this way. You could hire anyone to paint your portrait, but does that mean every artist’s painting will be of the same quality? Of course not. Will you automatically go with the lowest bid, regardless of style and quality? It depends on what you’re after. The artist who has mastered his craft or is constantly improving will undoubtedly produce a fine work while the beginner who does not understand lighting, color, and posing will produce something that is sub par and unappealing. Yes, it will cost less to hire the inexperienced artist, but do you really want to look at a poor painting of yourself for the rest of your life?


In the same way, photography is an art. We are “painting” with light and capturing the results on a camera rather than with brushes on a canvas. It can be difficult to remember this when our work and prices are compared unfairly to lesser qualified photographers. But trust me, there are plenty of people out there who still value our quality and want to create art with us.


When someone visits our website and decides to contact us, they do so because something in our portfolio appeals to them. Perhaps they’re moved by a particular photo or can envision themselves being photographed in our unique style. They consider hiring us because they want us to make them look beautiful and create artistic photographs to remember a certain moment in their life. This means we get to collaborate together on wardrobe, setting, mood, and more. Rather than taking snapshots of a client, we’re teaming with them to make art that evokes emotion and lasts. This is exciting!


Keep learning and pursuing your passion in photography and the recognition and respect for your work will come. Always put forth your best effort and give your clients something they can’t get anywhere else. They’ll love you for it! No matter what, view photography as an art and not just a means to an end. This will keep you thriving and loving your profession while others fade away. 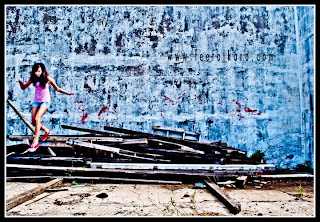 Posted by Lee Folkard at 2:34 PM No comments: